Further Up, Further In! 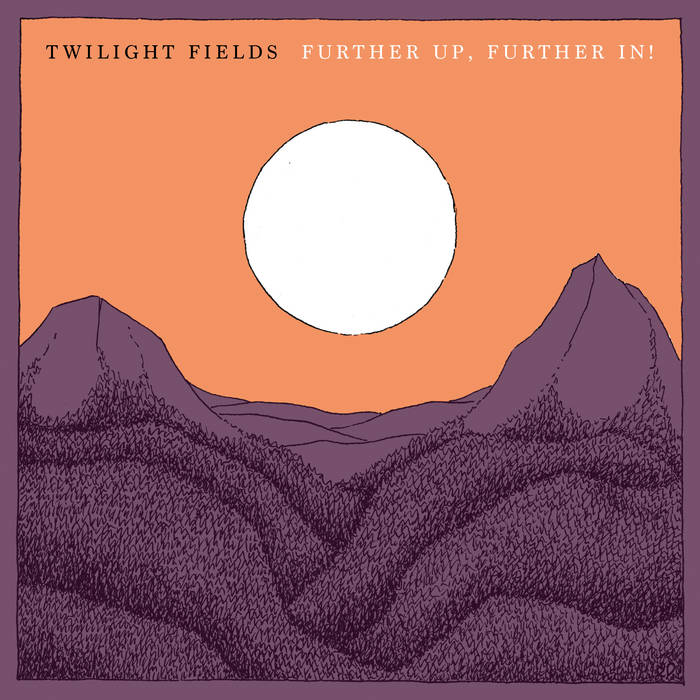 Music Won't Save You

“Further Up, Further In!” is the debut full-length album by Twilight Fields.

Philosophical in tone, the songs deal with the crises of a crumbling human world and damaged environment, but also humankind’s place in the greater universal context and the need for a drastic upswing in compassion and love to help us find our way.

The expansive sound and reflective, philosophical tone of this record stem from many influences, from psychedelic and progressive rock to eighties neo-psych and alternative, psych-folk, and even ambient and shoegaze. My way of musical thinking has been strongly affected by spacy prog acts like Pink Floyd, Strawbs, Barclay James Harvest, and The Moody Blues, the cosmic psych of Hawkwind and Amon Düül II, but also the intelligence, passion and depth of eighties bands like The Waterboys, Midnight Oil, New Model Army, and The Church, and the wistful sounds of seventies British folk songwriters like Richard Thompson and Sandy Denny — as well as the vocal arrangements of The Beach Boys.

The Bandcamp version of the release contains a bonus track.
Mouse over "lyrics" beside each song for the words.

Allister Thompson has been a solo folkie but also a member of cult 70s-style glam band Crash Kelly. He has recorded Krautrock under the project name The Gateless Gate and a psych album as Khan Tengri, as well as several solo folk albums. His 2009 progressive rock album Shadowlands was well-received by progressive rock reviewers. Teri-Lynn Janveau is a classically trained pianist who also has composed and played as a member of The Gateless Gate. Tim Timleck is a veteran Canadian drummer with such playing and recording credits as Carole Pope, Emm Gryner and Universal Honey, amongst many others.
See also: thegatelessgate.net

VIDEO for "Our Anthem (99)"
www.youtube.com/watch?v=d-ToCNmLIMg

"'Further Up, Further In!' is a beautiful album, but much more than that it is a deeply thoughtful and intelligent one."
-Dayz of Purple and Orange
dayzofpurpleandorange.blogspot.ca/2016/09/review-twilight-fields-further-up.html

"'Further Up, Further In'! ... definitely offers a lot of food for thought that one might not be too keen to dwell on during the summer months, but which is rather fitting for the more reflective season in front of us. And don’t you despair: 'We still hope to change this place and make our lives more than toil and waste' – these are the record’s final lines. stating that transformation is still a possibility. All it takes is determination and hard work - and kindness..."
-Find a Song
www.findasongblog.com/post/150029950566/album-reviewtwilight-fields-further-up-further

"This album has so many unique attributes, along with mature lyrics, and beautifully constructed songs and music. For anyone who loves progressive, ambient and even modern folk music (and a fair number of other genres), I cannot recommend this album enough."
-Beehive Candy
www.beehivecandy.com/2016/09/twilight-fields-further-up-further-in.html

"Never, ever allow anyone to tell you that there is no good music being made today. Ever! Twilight Fields is a band out of Northern Canada, but you wouldn’t know it judging by the influences they’ve sponged up into their body of work. One can easily hear touches of Syd Barrett-era Pink Floyd, the acid folk of The Incredible String Band, and more modern psychedelic fare from groups like Spacemen 3 and Spectrum.
The crisp recording adds to the pleasure of hearing this recording on a great set of headphones. A highly recommended release"
-A Miscellany of Tasteful...
amiscellany.info/blog/2016/09/29/music-twilight-fields-further-up-further-in/

"OK, they hooked me with the droning psychedelic core sound, romantic vocals, light glockenspiel accent, AND a mellotron. You really can’t screw that formula up if you can write songs. And this Canadian band from way, way up in North Bay can write the songs. And with that cold rugged terrain surrounding a beautiful lake, they have plenty of inspiration. And there is a lot of beauty in the music."
-DC Rock Live
dcrocklive.blogspot.ca

"Twilight Fields debut album Further up, Further In! is an entire album of sincerity, reality and some of the most heartfelt vocals I have ever heard from Allister Thompson and the musicianship presented here is astoundingly beautiful throughout as the record keeps your heart beating in ways you have forgotten over time because you have allowed technology to replace your feelings at times, many times, most of the time or even all of the time these days. This album brings you back in to the fold of the pack of emotions and allows you to let them loose and free once more in a joyous expression of non-regret that you are teary eyed in a few or many points throughout this album."
-Progressively So
progressivelyso.wordpress.com/2016/10/05/further-up-and-further-in-to-canada/

"His broad influence of musical styles is melted down to a beautiful symbiosis on this record. There are sweet and fragile moments, and some wonderful melody lines such as on Ring in the New Age. Your mind jumps from some late-60s flower power memories, to the classic rock styles of the 80s, and finally to the ambient/post rock radio songs of today. Spacey and psychedelic parts underline dark moods or find themselves being an intro. All-in-all this is a cool sounding, mostly slight-grooving album, that is packed with musical ideas and lovely tunes."
-DPRP Weekend Prog
weekendprog.blogspot.ca/2016/10/weekend-122-blind-ego-korekyojinn.html

Bandcamp Daily  your guide to the world of Bandcamp

Featured sounds from Fly Lo and Ahmed Idris, plus Mother Nature hops on to drop off new project